Amid the challenges presented by the Coronavirus (Covid-19), Boswell's Auto Service is open and ready to serve you. We are closely following CDC guidelines for sanitation and social distancing. If your vehicle needs repair or service, please contact us today.


“Nice friendly service. Tom who runs things will not sell you things you do not need. I have taken two vehicles to Boswell's and I am always pleased with the service and speed. It's hard to find a place I can trust but when I do I use them exclusively.”


“This was my first time here and was definitely welcomed. I had a tune up done for my 2016 Honda Fit and the work was done very well. The price was great. Rachel and Tom were very polite, trustworthy, and helpful. My car was done without a appointment in 2hrs. I will definitely be coming here for all my car maintenance.”


“Boswell's is the Best! Not only do they provide great work but the team is thorough, kind, and knowledgeable about all things automotive. They have truly redeemed my faith in car mechanics. The pricing is fair and It is worth trusting them with your car needs. Stop by they will treat you like family!”


“We began to take our cars to Boswell's in 2019 after our local trusted mechanic retired and the next mechanic we chose was simply too far away. We were in search of a good, trustworthy, reliable mechanic. We live in Prince George's County and were leery of anyone local. We spent hours reading reviews for local mechanics (all seemed to have poor or mediocre reviews). We then expanded our search - southern Maryland and northern Virginia.

We found a good mechanic over in Fairfax and used their shop several times the last few years but it seemed insane to keep driving all the way over to Fairfax and back...but one does what they have to do to get honest, quality work. So, in 2019 we searched the reviews again and discovered Boswell's in Waldorf. It is still a bit of a drive for us but at least we avoid Wilson Bridge traffic and the insanity of I-495. We have aging cars, so we are facing small repairs here and there. We first took our Pontiac Vibe to Boswell's for tire rotation and a general look-over.

Tom was honest with what he found and gave us recommendations. There was no pressure either way. He gave us the options, shared his thoughts and concerns, and then left the decision to us. We felt we received good service and honest advice, so we decided to continue to use Boswell's when needed.

Several months later we took our piece of crap Ford Fiesta to Boswell's for what we thought was a wheel bearing issue. A few hours after dropping off the car, Tom called us and told us that it was not a wheel bearing issue; rather, he honestly believed the noise was coming from the transmission and he suggested we take the car to the dealer. Tom could have found a make-believe problem with the wheel bearing but he was honest and straightforward.

We are grateful for this honesty, Tom's advice, and for the fact that he did not cheat us out of money with imaginary wheel problems. It is incredibly hard these days to find an automotive shop with such honesty. Most recently, we took our 2004 Ford Focus to Boswell's for an engine issue (idle/stall). We described the problem in detail, and within a few hours Tom called us with the problem and the solution. Thankfully, it was a simple fix and affordable.

The car also had another issue that we were reluctant to fix. When dropping off the car, we explained that the battery had to be disconnected each night because of a parasitic draw that drains the battery quickly. We personally installed an easy disconnect switch ($5 repair) after an automotive electrical system specialist supposedly found the problem several years ago and wanted $2k(!!) to repair.

We opted for the $5 battery disconnect. Tom thought we had been given bad advice/a bad diagnosis years ago, so he offered to spend time retracing the electrical issue. However, we were extremely reluctant. We were not interested in spending $2k on electrical work on a 16-year old car, and what if he found the same issue? Tom was confident the problem was something simple but we were still hesitant because of the $2k price stuck in our heads. We decided to just fix the engine issue and live with our $5 battery disconnect. Boswell's fixed the engine problem and took care of a few other small issues for us, and we happily brought our car home.

The very next day the engine problems returned and we were surprised. Tom had us bring the car back and he was willing to examine the car again and make other repairs if necessary, but he shared with us honestly that he felt us disconnecting the battery each night was undoing the repairs he just made (a computer part was involved). Now we were worried that we were backed into making expensive, unwanted electrical repairs to avoid the battery disconnect. Tom went above and beyond to find the problem for us, overlooking our stupidity and calming our worries. It turns out the automotive electrical shop was entirely wrong with their diagnosis and proposed repair.

What Tom found was a simple, common problem. We felt dumb for believing all these years that it was a $2k repair and avoided the issue when in reality it was a common problem with a simple affordable fix. Tom's honesty and dedication to his customers really shone through, and we are grateful for his willingness to be patient with us and work with us through this problem with the car. Other shops would have made many costly repair suggestions.

Tom found the actual problem and gave us the actual repair solution, and he took the time to explain to us in detail why the battery disconnect was causing problems. There were no unwanted or unnecessary recommendations or repairs. Tom and his team are impressive, and we continue to make the drive down from Prince George's County for such quality work. We can only speak for our experiences, but they have been great so far and we give our recommendation for Boswell's.”


“Many thanks to Tom and Rachel and the team at Boswells. My 1975 Pontiac needed mechanical work, exhaust work, and air conditioning work. All work was completed successfully. Smooth driving with air conditioning made my summer!”


“The customer service is excellent and they are honest and straight to the point. Took my car to this shop after 2 mechanics told me that my front suspension needed repairs, but after inspected by this shop, all i need was an alignment. These people are great and know their job. I recommend them anytime! I will be back for future repairs!”


“I called and received a quote from Mr.Boswel for front rotors and breaks for $299, unlike a nearby auto service who wanted to charge me $589. Their prices are fair and I never felt ripped off or like I was being taken advantaged of as a woman. Once I dropped my car off, it was ready at the specified time. I'm very happy with the service and professionalism of Boswell Auto Service.”


“I highly recommend Boswell's Auto Service. I have never felt cheated or pressured to pay for unnecessary work. Honest business. Customer service is excellent. The only downside is that I wish they were open on the weekends!”


“First time customer. Was referred to them by another auto shop. Could not be more pleased with the service. Owner was honest, open , and fair. A rarity in the auto repair industry. Honest in saying he could find no real problem that 2 previous shops said would cost nearly 3GS to fix; open in saying they're a little higher priced only because they hire the best most qualified mechanics; fair in that you get exactly what you pay for. They are now officially my mechanics for life and my sole referral. Keep up the exemplary service, gents!”


“Ok, ordinarily I don't usually give out a 5 star review unless you roll out the red carpet for me. That being said, I was running errands with my dogs in the car with me when my starter decided it no longer wanted to cooperate with the rest of the mechanicals and resigned effective immediately.

I don't know if you've ever been stuck in a parking lot with two freakin barking dogs and tried to ask people for help. Not happenin'! Fortunately a nice couple braved the canine onslaught to attempt a jump start in case it was the alternator or power issue. But again, lady luck was absent again. I did happen to have Boswell's number stored in my phone from when I needed their assistance with my previous car which was their garage queen. That stupid car must have kept Boswell's in business all on it's own as much as it would break down.

The crane service responded fast, less than 20 minutes which is unheard of from AAA, scooped up my sled got it to the shop and diagnosed the issue. Meanwhile, I still have two dogs, no clue how I'm going to get home and groceries in the back seat from the grocery store I broke down in.

They ordered the part, fixed my ride and I am one happy camper.

Note: I've been a Boswell's customer for over 15 years. Mostly I got great service, several years ago it seemed to have degraded but now it is back to the level of quality that I like to do business with and feel comfortable I can count on the staff to honor their work, save me money and provide quality service.” 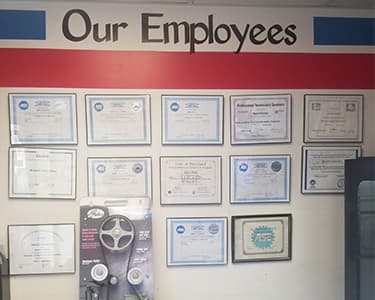 Boswell's Auto Service began in 1939 in Prince George’s County, Maryland and in January 1985, moved to Southern Maryland. Since moving to this area, we have enjoyed doing business with what we feel are the best customers in the state.

Boswell's Auto Service is now a state-of-the-art auto repair shop with the industry’s most up to date equipment and the finest technicians available. Each technician is trained in several fields of auto repair and body repair, with each technician’s abilities overlapping another’s, to give our customers not only the focus of one technician, but the ability of all.

Every technician owns and maintains hand, testing and specialty tools needed for todays complex vehicles. Investments in these tools are extremely expensive but are absolutely necessary to handle sophisticated on-board vehicle computers.

We have 12 individual service bays with lifts, accommodating vehicles from 4,000 pounds to over 20,000. Each service bay is set up to handle quick oil changes as well as deep auto repairs, from transmission replacement to rear end rebuilds. 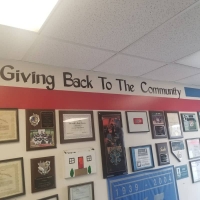 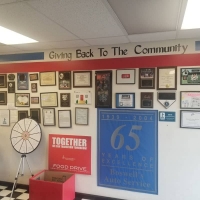 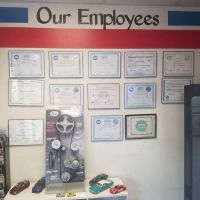 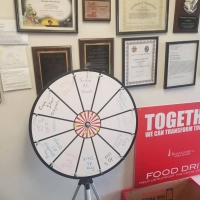 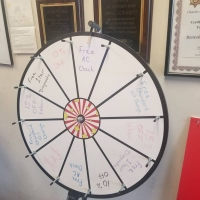 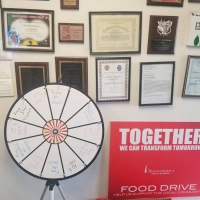 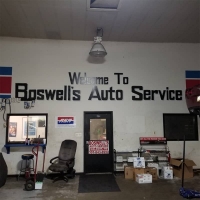